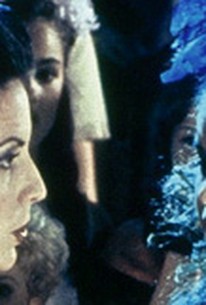 What Matters Most Ratings & Reviews Explanation

What Matters Most Photos

Set against the backdrop of a small, west Texas border town, writer/director Jane Cusumano's modern-day take on William Shakespeare's Romeo and Juliet details the forbidden love affair between a working class teen and the wealthy son of a prominent cattle magnate. Lucas (Chad Allen) and Heather (Polly Cusumano) grew up together in the close-knit community of Vega, Texas. They've been close friends since childhood, and now that they're teens that bond is blossoming into true love. But Lucas' father (Marshall Teague) is the basketball coach and wealthiest man in town, and makes no attempt to hide the fact that he isn't pleased with the relationship. He wants Lucas to take over the family cattle business and marry the "right girl" rather than spend his life with the strong-willed free spirit who never even knew her father. Heather's mother (Tamara Clatterbuck) has worked hard to raise her daughter right, and that work has paid off in the form of a girl who is intelligent, independent, and completely non-judgmental. At first, Lucas and Heather's romance seems perfect; Heather is preparing to attend college and Lucas shows great promise as a young athlete. Things start to change, however, when Lucas' father attempts to steer his son's fate by force. Increasingly withdrawn and rebellious, Lucas is preparing to play in the basketball state championships when Heather reveals that she is pregnant with his child. Elated, Lucas vows to marry Heather and start a new life together despite his father's misgivings about the girl. Pushed too hard by his father during the big game, Lucas suffers a tragic injury that leaves him comatose for over a year. During that time, Heather gives birth to Lucas' son, sparking a bitter feud between the young mother and the disapproving grandfather. Later, upon emerging from his coma, Lucas slowly comes to terms with his turbulent past and pledges to do the right thing for everyone involved.

Jim Metzler
as Reverend Worth

Cody Rogers
as Mrs. Worth

Critic Reviews for What Matters Most

There are no critic reviews yet for What Matters Most. Keep checking Rotten Tomatoes for updates!

Audience Reviews for What Matters Most

There are no featured audience reviews for What Matters Most at this time.

What Matters Most Quotes