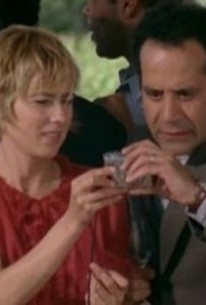 Accompanied by Natalie (Traylor Howard), Monk (Tony Shalhoub) goes on his annual pilgrimage to wine country, there to check in at the same bed and breakfast where he and his late wife Trudy spent their honeymoon. But this sentimental journey is interrupted by an obnoxious guest named Larry Zwibell (Daniel Roebuck), and by Monk's uncharacteristic display of drunkenness. Upon sobering up, Monk is amazed to learn that no one else has seen the intrusive Mr. Zwibell; indeed, it is highly likely that the man never existed! As it turns out, this little mystery is interwoven with a murder in which the victim was a mob accountant (Larry Clarke)--and inevitably, Monk must put his vacation on hold to solve both cases (but not before getting drunk a second time!) 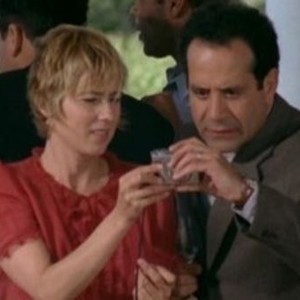