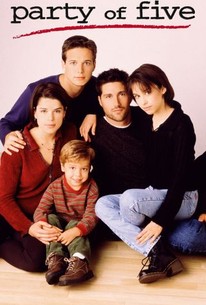 Five orphaned siblings struggle to stay together in this blend of soap opera and family drama. A letter-writing campaign kept the series on the air despite a slow first season, and its popularity grew, especially with young viewers, and inspired a spin-off (`Time of Your Life'). The show's six-year run had various characters dealing with a multitude of crises, including alcoholism, cancer, abusive partners, custody battles, unwed pregnancy, marriage and adultery.
Starring: Matthew Fox, Scott Wolf, Neve Campbell

News & Interviews for Party of Five

View All Party of Five News