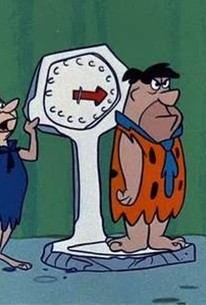 Fred Flintstone: Before and After
The Flintstones Season 1

Fred is hired to appear in a TV commercial, only to discover that he's been cast as the "before" in a before-and-after ad for the Fat Off Reducing Method. To avoid Fred's wrath, the sponsor offers to pay him a thousand dollars if he can slim down to a svelt 200 pounds for their next campaign. Unable to resist the temptation of eating (which he does quite well indeed), Fred joins a support organization called Food Anonymous (the "testimony" scene is a riot!) This was the final episode of The Flintstones' first season.

Fred Flintstone: Before and After Photos 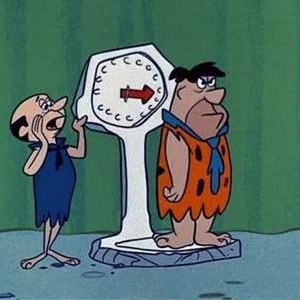