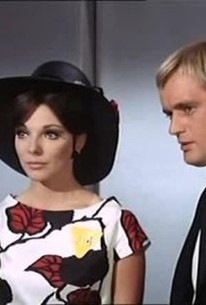 The Galatea Affair
The Man From U.N.C.L.E. Season 3

Joan Collins plays a dual role as THRUSH courier Baroness Bibi di Chaussuer and brash Bronx barmaid Rosy Schlagenheimer. As part of a scheme to sabotage a THRUSH payoff, UNCLE agents Illya Kuryakin and Mark Slate (Noel Harrison from The Girl From UNCLE, exchanging "crossover" appearances with Man From U.N.C.L.E. regular Robert Vaughn), make over Rosie into an exact clone of the Baroness. The plot thickens when the Baroness waylays Rosie and takes her place. Written by Jackson Gillis, "The Galatea Affair" originally aired on September 30, 1966. 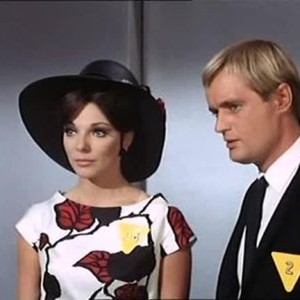