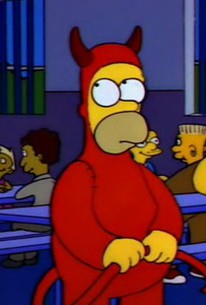 Marge in Chains
The Simpsons Season 4

Springfield is hit with an epidemic of the Osaka Flu, and Marge (voice of Julie Kavner) is the only member of the Simpson household who manages to avoid coming down with the bug. Unfortunately, this means she has to wait on Homer (voice of Dan Castellaneta), Bart (voice of Nancy Cartwright), Lisa (voice of Yeardley Smith), and Grampa (also voiced by Castellaneta) hand and foot while they struggle with the ailment. Overworked and preoccupied, Marge forgets to pay for a pint of whiskey Grampa asked her to pick up at the Kwik-E-Mart, and Apu (voice of Harry Shearer) decides to press charges. Marginally qualified attorney Lionel Hutz (voice of Phil Hartman) defends Marge in court, and given Hutz's level of legal acumen, it comes as little surprise when she soon finds herself behind bars. But it isn't long before the rest of Springfield discovers they're as dependent on Marge Simpson as her family. "Marge in Chains" first aired on May 6, 1993; David Crosby makes a cameo appearance as Lionel Hutz's 12-step sponsor. 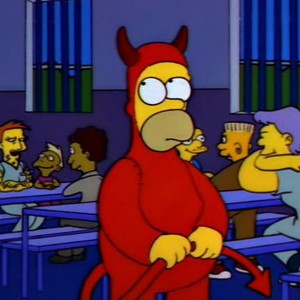