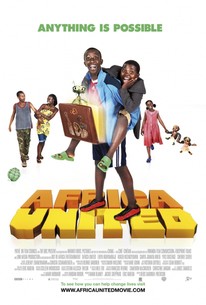 A handful of children are determined to make their dreams a reality against long odds in this family-friendly adventure. Dudu (Eriya Ndayambaje) is a young boy with energy and imagination to spare who is best friends with Fabrice (Roger Nsengiyumva), who is a few years older and has an impressive talent for soccer. Dudu and Fabrice live in a village in Rwanda, and when the schedule for 2010 World Cup soccer tournament is announced, Dudu suggests he and Fabrice should attend the big event in person. While neither realizes just how far they have to go and Fabrice knows his mother would never approve of such a thing, they decide to give it a try in hopes of seeing some of the games in person and giving Fabrice an opportunity to show off his footwork to some of his heroes. Dudu and Fabrice set out to cover the 3,000 miles on foot, and they pick up a few fellow travelers on the way, including a boy running away from his life as a child soldier (Yves Dusenge) and a young girl who had been forced into prostitution (Sherrie Silver). The journey becomes all the more difficult the further they go, and en route Dudu's friends learn he has a secret with life changing consequences. Africa United received its North American premiere at the 2010 Toronto International Film Festival. ~ Mark Deming, Rovi