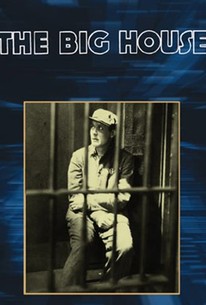 Not the first of the prison pictures, but the one that truly put the genre on the map. Playboy Kent (Robert Montgomery), driving drunk, kills a couple of pedestrians and is sentenced to a 10-year manslaughter term. His cellmate is forger Morgan (Chester Morris), a tough but essentially decent con; the cell-block leader is Butch (Wallace Beery), whose outer oafishness hides a cruel, calculating mind. Butch lives for the day that he can bust out and doesn't care who gets hurt along the way. Panicking, Kent "rats" on Butch and is murdered during the climactic breakout as a consequence. Morgan behaves courageously, saving the warden (Lewis Stone) and the guards from Butch's wrath; as a reward, Morgan earns a reduced sentence and the love of Kent's sister Anne (Leila Hyams). Remarkably brutal for an MGM film, The Big House (a double Oscar winner, for best screenplay and sound recording) established not only the grimy mise-en-scene of prison life, but also a whole new glossary of slang terms and a veritable menagerie of movie "types," from the firm but kindly prison chaplain to the embittered lifer. The film was gloriously lampooned by Laurel & Hardy's Pardon Us, in which Walter Long played the Beery counterpart.

Tom Wilson
as Sandy, the Guard

Critic Reviews for The Big House

Audience Reviews for The Big House