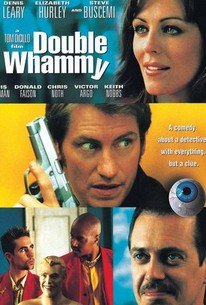 A cop tries to sort out his personal life while a wave of odd behavior sweeps through his apartment building in this quirky comedy. Ray Pluto (Dennis Leary) is a New York City police detective who has been in an emotional slump since his wife and daughter died in an accident several years earlier. Ray's mood isn't lightened at all when he and his partner Jerry Cubbins (Steve Buscemi) stop into a fast food restaurant just as an armed robbery is taking place. Ray throws out his back while reaching for his gun and drops the weapon; a child who picks up the gun and kills the intruders is declared a hero in the press, while Ray is dubbed "the loser cop." Put on medical leave, Ray sinks deeper into a funk until he starts seeing a chiropractor for his bad back; the beautiful Dr. Ann Beamer (Elizabeth Hurley) begins kneading the kinks out of Ray's spine and starts him thinking about a new romance. Meanwhile, Juan Benitez (Luis Guzman) is the superintendent of Ray's apartment building, and he's not been getting along well with his teenage daughter Maribel (Melonie Diaz), who has a wild streak and refuses to obey her father's strict rules. Maribel is no happier with her father, and decides to do something about their relationship -- she hires two men to assassinate her dad. And elsewhere in the same building, a pair of would-be screenwriters (Donald Faison and Keith Knobbs) wants to ensure the realism of their cops-and-robbers story by going on a little crime spree of their own. Double Whammy had its world premiere at the 2001 Sundance Film Festival.

Sally Jessy Raphael
as Herself

Sharon Wilkins
as Teesha
View All