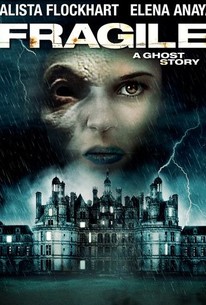 A malevolent supernatural force besets a dilapidated children's hospital on the Isle of Man, terrifying the young patients and breaking their bones in this supernatural thriller from Spanish horror specialist Jaume Balagueró (The Nameless, [REC]). Mercy Falls Hospital has been in operation for nearly a hundred years, but now the authorities have declared it unfit for human inhabitation. As a result, the time has come for the hospital to close. But just as the helicopters arrive to transport the children to a new facility, bad weather forces them to remain grounded. Later, as Nurse Amy (Calista Flockhart) tends to her young charges, the children's bones begin to fracture for no apparent reason. Though the doctors remain baffled by the inexplicable injuries, the children sense something that the grown-ups do not. Somewhere in these crumbling corridors lurks a force of darkness consumed by pain, and filled with hatred. The children have dubbed it "The Mechanical Girl," and they claim to have stolen glimpses of it sobbing in the shadows. In order to banish the spirit and save the children, one brave soul will have to summon the courage to face a force powerful enough to cause physical damage, yet so fragile it might be completely destroyed by the slightest touch.

Emy Beische
as Nurse
View All

There are no critic reviews yet for Frágiles (Fragile). Keep checking Rotten Tomatoes for updates!