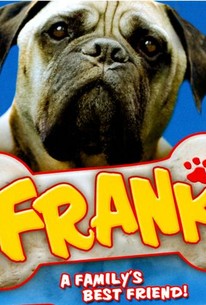 A vacationing family is befriended by an adorable stray dog that may just hold the secret to keeping such a disparate clan together in this lighthearted tale of friendship for the entire family. Colin York (Jon Gries) is a loving husband and father who suffers from obsessive compulsive disorder. As long as he doesn't venture outside of his "zone" everything is fine, but the moment he does it all starts to come unglued. When Colin's wife Jennifer (Cynthia Watros) inherits her family's idyllic summer home, the prospect of spending an entire summer on an island doesn't exactly thrill the couple's teenage daughter Anna (Brittany Robertson). Anna would rather be with her friends than be forced to entertain her geeky six year-old brother Patrick (Ashton Dierks). The tempestuous teen's sour opinion of island life quickly begins to sweeten, however, once she meets handsome local Sean Redhorse (Brian Burnett). When reports of an escaped circus animal begin to circulate among the island inhabitants, concerned father Colin does his best to keep his two children safe. One night, when a curious Patrick ventures out to find the missing animal, he instead stumbles across a lovable little pup named Frank. Though Frank is injured and Colin makes no secret of his contempt for man's best friend, it's obvious that the dog means the world to his children. Recognizing this, Colin agrees to help nurse Frank back to health and put him up for adoption at the end of the summer. Yet despite Colin's reluctance to being a pet into the household, by the end of the summer this whole family will release that when you have a friend like Frank, you hold on to him for all it's worth.

Kelly B. Eviston
as Female
View All

There are no critic reviews yet for Frank. Keep checking Rotten Tomatoes for updates!

There are no featured audience reviews for Frank at this time.