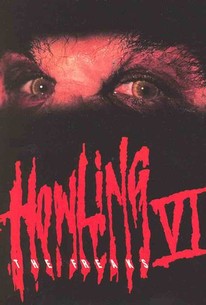 Part of a pointless string of sequels ostensibly based on the werewolf novels by Gary Brandner, this entry deserves credit for taking the creatively dead series in an interesting new direction. Set in the barren rural town of Canton Bluff, the story centers on the enigmatic figure of Ian (Brendan Hughes), a likable but severely solitary drifter who takes a job making repairs to the local church. Eschewing human contact, Ian seems unnaturally leery of the impending full moon, a fear shared by a man named Harker (Bruce Payne), the owner of a sleazy traveling carnival. Aware that Ian is a genuine werewolf, Harker is able to blackmail the young man into working for his carnival, where he is put on display with other human oddities. To further complicate matters, Harker is revealed to have a monstrous secret of his own -- he's a vampire, who sees Ian's condition as a cover for preying on the blood of local folk. In a nod to Tod Browning's Freaks, Ian joins forces with the other carnival freaks to destroy their evil master. Director Hope Perello's taut, suspenseful debut makes clever references to classic horror films without lapsing into parody or imitation, and the production has a classy look and feel, helping to shrug off the unpleasant stigma normally associated with the otherwise mediocre Howling franchise.

Elisabeth She
as Mary Lou

John A. Neris
as Earl Bartlett

William Marquez
as Towny No. 1

Elizabeth She
as Mary Lou

Gerry Black
as Towny No. 2

Teri Hoyos
as Towny No. 3

Elena Bertagnolli
as Midget No. 1

Joe Gieb
as Midget No. 2

Sheila Lane
as No Middle Myrtle
View All