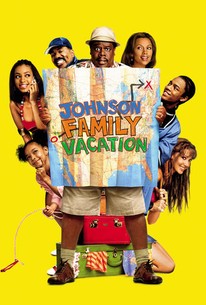 Comedian Cedric the Entertainer serves as both producer and star of this comedy about a family who discovers just how much can go wrong en route to a family get-together. When Nate Johnson (Cedric the Entertainer) is invited to a big family reunion in Missouri, he sees it as an opportunity to reconnect with his estranged wife and growing children, as well as a chance to show up his wealthier know-it-all brother, Mack (Steve Harvey). Nate takes delivery on an expensive new SUV, persuades his recently separated wife, Dorothy (Vanessa L. Williams), to tag along, and packs up his three kids -- nubile teenager Nikki (Solange Knowles), under-age wannabe rapper D.J. (Bow Wow), and precocious seven-year-old Destiny (Gabby Soleil) -- for what he imagines will be a leisurely drive from Los Angeles to St. Louis. However, between his wary wife, arguing kids, angry police officers, bizarre hitchhikers, bad diner food, and an unfortunate run-in with a cement mixer, getting from point A to point B proves to be just short of a nightmare. Johnson Family Vacation was the first feature film for director Christopher Erskin, who previously distinguished himself directing music videos for the likes of Missy Elliot, TLC, and Boyz II Men.

Rodney B. Perry
as Cousin Lump

Christopher B. Duncan
as Stan

Chana Ylahne Orr
as Theta No.2

Thor, Hulk, Captain America … and a Few More New Marvels
Trailer Bulletin: RV
Another One of Those Darn Family Vacations…
View All