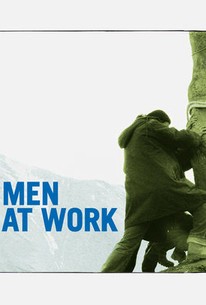 A handful of men prove their masculine determination brings them nothing but trouble in this playful satiric comedy from Iran. Four longtime friends, all well into middle age, are returning to Tehran from a weekend skiing trip when they discover a large rock is stuck in the middle of a road winding around a mountain. The tall stone shaft (which appears just a bit phallic) is preventing them from going forward, so they try to push it over, with no success. They try to persuade an elderly man to help them move the rock with the help of his donkey, but the donkey's owner is wary, and after he's paid off, the plan still fails to move the stone. A pair of women happen by, one of whom is married to one of the skiers; while she tries to patiently stay out of the argument, her best friend is soon quarrelling with the guys about moving the rock, and as the day progresses and traffic begins to back up, she has more than a few other voices backing her up. Directed by Mani Haghighi, Karegaran Mashghoul-e Karand (aka Men At Work) was based on a story idea by the legendary Iranian filmmaker Abbas Kiarostami. ~ Mark Deming, Rovi

Critic Reviews for Men at Work

Audience Reviews for Men at Work

There are no featured audience reviews for Men at Work at this time.