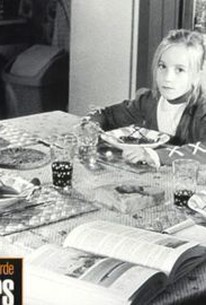 In Les Convoyeurs Attendent/The Carriers Are Waiting, Roger Closset (Benoit Poelvoorde) is a man who obviously loves his family, though that doesn't always make them feel better. Dad is an obsessive type with a short fuse and a long list of curious ideas, and his wife and children must often bear the brunt of his eccentricities. Roger works as a reporter, a job he doesn't like which doesn't pay especially well, either. One day, Roger learns an area business association is sponsoring a contest for a family that can break a world record, with the grand prize being a new car. Suddenly, Roger gets a brainstorm -- if his son can open and shut a door 40,000 times in 24 hours, the car will be theirs. 15-year-old Michel (Jean-Francois Devigne), however, is not at all happy to have been drafted into this new responsibility, especially when dad builds a practice door in the backyard and finds a trainer to teach Michel how to open and close it with greatest efficiency. Les Convoyeurs Attendent/The Carriers Are Waiting was screened as part of the Director's Fortnight at the 1999 Cannes Film Festival.

Morgane Simon
as Luise
View All

There are no featured audience reviews for Les Convoyeurs Attendent at this time.