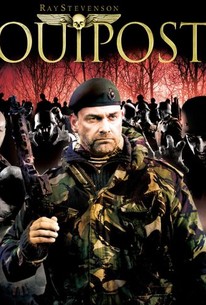 A wealthy businessman hires a crack team of seasoned soldiers to accompany him on a perilous journey into no man's land, only to come face to face with an otherworldly enemy more vicious and powerful than any mortal foe. It was supposed to be an easy, forty-eight hour mission: Move in, scope out an abandoned military bunker, and move out. Once in the bunker, however, the fearless mercenaries begin to quake in their boots after happening across the remnants of some gruesome World War II experiments carried out by Nazi soldiers on their own men. Sifting through the carnage, the men are horrified to discover that one of the unfortunate test subjects is still clinging to life. Now, as bombs continue to burst above ground, a malevolent force emerges from the darkness below. Suddenly left with nowhere to run, the soldiers quickly realize that what appeared to be a by-the-books bodyguard mission has suddenly devolved into a bloody battle for survival. Why has their secretive host really brought them to this God-forsaken outpost, and is there any way of stopping the murderous force that hunts them from the dense shadows underground?

Richard Brake
as Prior