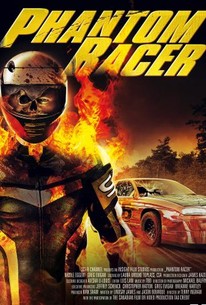 A demonic racecar driver returns from the dead to seek revenge against his former rival. Seventeen years ago, Cutter McCullough and JJ Sawyer were burning rubber on the tracks when McCullough perished in a fiery crash. In the aftermath of that accident, Sawyer was riddled with survivor's guilt, and vowed never to race again. Almost two decades later, Sawyer is making his living transporting racecars to the track when he decides to pay a visit to his old hometown. There, he sees that McCullough's car has been mysteriously restored, and senses a familiar presence in the driver's seat: McCullough is back, and he's determined to settle the score. When Sawyer becomes the prime suspect in a gruesome series of murders, he realizes he's not the only one in danger; his ex-girlfriend and her daughter have somehow ended up on McCullough's "to kill" list as well, and if Sawyer fails to save them, the highways will soon run red with blood.

Chad Willett
as Cliff
View All

There are no critic reviews yet for Phantom Racer. Keep checking Rotten Tomatoes for updates!

There are no featured audience reviews for Phantom Racer at this time.