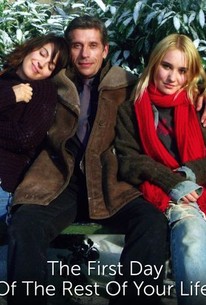 Five random days in the lives of a French family, spread out over a dozen years, paint a telling picture of the ups and downs of human relationships in this comedy-drama from France. Robert Duval (Jacques Gamblin) is a taxi driver who is married to Marie-Jeanne (Zabou Breitman), who has shed the bohemian ways of her youth with the passage of time. Robert's father (Roger Dumas) has been generous enough to give his son the comfortable home he shares with Marie-Jeanne and their children, but that doesn't mean there's always a genuine respect between them. Robert and Marie-Jeanne have three children -- their eldest Albert (Pio Marmai) is struggling with the rigors of medical school when we first meet him, while Raphael (Marc-Andre Grondin) is a teen trying to decide what to do with his life and Fleur (Deborah Francois) is still learning to be comfortable with her femininity. Between 1988 and 2000, the Duval family finds themselves dealing with the sort of life changes that affect most families, seeming both typical and revelatory at the same time. Le Premier Jour Du Reste De Ta Vie (aka The First Day Of The Rest Of Your Life) was the first French feature for writer and director Remi Bezancon after making his debut with the Quebecois picture C.R.A.Z.Y.

Sarah Cohen-Hadria
as Clara
View All