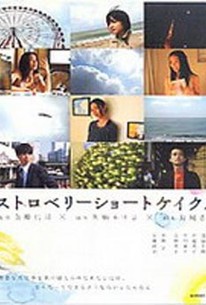 Four very different women search for love and meaning in their lives in the hustle and bustle of downtown Tokyo in this comedy-drama. Satoko (Chizuru Ikewaki) is a bright woman who has somehow ended up working as the front desk clerk at an upscale bordello. While she's bubby and optimistic, Satoko doesn't meet many eligible men at work and she longs for a husband. One of the prostitutes working at the bordello is Akiyo (Yuko Nakamura); while she's still pretty, she's not as young as she once was and has grown jaded, and in her spare time she cultivates her friendship with Kikuchi (Masanobu Ando), who she's secretly loved for years. Toko (Toko Iwase) is an artist living on the other side of Tokyo; she's obsessed with her work and suffers from an eating disorder aggravated by her growing isolation. And Chihiro (Noriko Nakagoshi), who shares a flat with Toko, is an office girl who wants nothing more than to settle down with her boyfriend Nagai (Ryo Kase) and become the ideal housewife, though it becomes increasingly obvious that he's never going to marry her. Strawberry Shortcakes was adapted from a popular manga by Kiriko Nananan; Toko Iwase, who plays the artist Toko in the film, is also a noted manga artist, publishing under the name Kiriko Nananan. ~ Mark Deming, Rovi

There are no critic reviews yet for Strawberry Shortcakes. Keep checking Rotten Tomatoes for updates!

There are no featured audience reviews for Strawberry Shortcakes at this time.