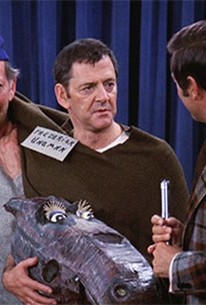 Lucy Is Jealous of Girl Singer
I Love Lucy Season 1

Thanks to a blind item in a newspaper gossip column, Lucy (Lucille Ball) mistakenly believes that Ricky (Desi Arnaz) is having an affair with Rosemary (Helen Silver), the singer in his nightclub act. Intending to spy on her husband, Lucy worms her way into the chorus at the Tropicana. As a result, Ricky's musical act becomes a slapstick comedy routine, thanks to that "strange girl" in the chorus line -- but will Ricky figure out who that strange girl really is? 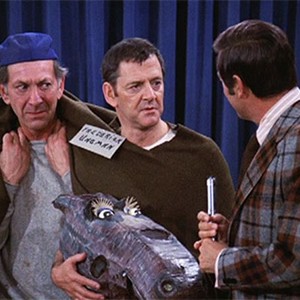