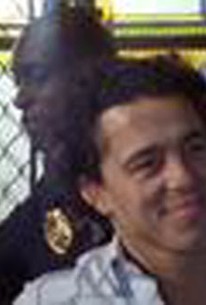 The Spread
The Shield Season 1

Aceveda (Benito Martinez) announces a Farmington-wide sweep of all outstanding warrants. Connie (Jamie Brown) goes to see Mackey (Michael Chiklis) to complain that a john slashed her when she tried to put a condom on him. He's busy serving warrants, so he asks Dutch (Jay Karnes) to take her to the hospital and find the john. On their raid, Mackey's squad finds East-Coast NBA star Derrick Tripp (Elimu Nelson) in a drug dealer's shoddy hotel room with an unlicensed gun. Knowing how Tripp manhandles the Lakers, Mackey and Shane (Walton Goggins) decide to keep the hoopster occupied for the day so he misses the game, while Shane lays down a big bet on the home team. Tomas (Brent Roam), one of the men busted by Danny (Catherine Dent) and Julien (Michael Jace) mentions that he's seen Julien outside a gay club, the Abbey. Julien, a devout Christian, denies it. Connie identifies her john, Richard Greeley (Kirk Baltz), a schizophrenic with an inoperable brain tumor who saves his semen in his locked refrigerator. Dutch, off on a crazy tangent, questions Greeley about a series of seemingly unrelated prostitute murders, but Claudette (CCH Pounder) turns out to have the key to cracking the case. Mackey goes off to tend to Connie, leaving Shane and Lemonhead (Kenneth Johnson) to babysit Tripp. Shane, jealous of the athlete's money and fame, gets into a serious confrontation with Tripp. Danny and Julien uncover an arsenal, and Mackey and his wife Corrine (Cathy Cahlin Ryan) learn that their son Matthew (Joel Rosenthal) may have a developmental disorder. 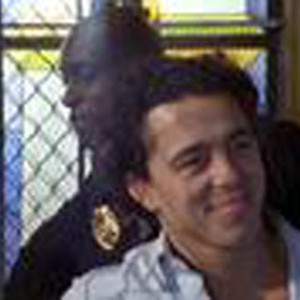