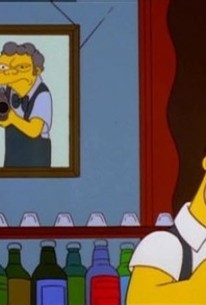 Homer the Moe
The Simpsons Season 13

Ill-tempered bartender Moe Szyslak (voice of Hank Azaria) has been in even more of a funk than usual, and needing a reminder of what drew him into the mixed drink business in the first place, he heads back to the bartending school where he first learned his craft. Homer Simpson (voice of Dan Castellaneta) is put in charge of Moe's tavern while he's gone, which quickly becomes even more of a sinkhole on his watch. Upon returning, Moe decides his bar needs a makeover, and he transforms it into "M," an upscale nightspot for Springfield's most pretentious hipsters. Homer and his pals no longer feel welcome there at their regular watering hole, and he responds by setting up a tavern in his garage, using the legal loophole that he and his friends actually enjoying the facilities of their hunting club. Offended that his once-loyal customers are swilling beer somewhere else, Moe calls Homer on his ruse and insists that he and his pals actually go hunting for their Thanksgiving dinner. Featuring an appearance by R.E.M. (who appear at Homer's tavern under the mistaken belief they're playing an environmental benefit), "Homer The Moe" first aired on November 9, 2001. 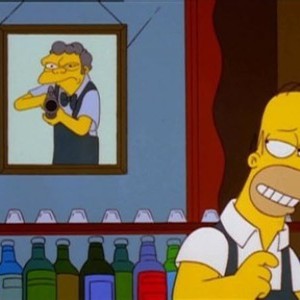