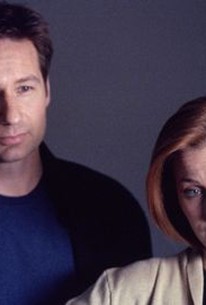 "Half man, half reptile, pure terror." This was how the print ads described the main "villain" in this action-packed, and slightly self-mocking, X-Files episode. With Scully (Gillian Anderson) on maternity leave, Doggett (Robert Patrick) is temporarily partnered with novice agent Leyla Harrison (Jolie Jenkins) -- who happens to be a big fan of Scully and Mulder (David Duchovny), and has committed tons of X-Files trivia and minutiae to memory. (This character was named after a real-life X-Files fan, who tragically succumbed to cancer a few months before this episode was aired.) While investigating a murder-disappearance case in Ellicot, NY, Doggett and Harrison suddenly vanish without a trace. Though no longer connected with the agency, Mulder conducts his own search for the missing agents, ultimately confronting the wealthy Herman Stites (Zach Grenier), who is conducting some rather bizarre experiments in his mansion. Filled to the brim with inside jokes and pop-culture references, "Alone" was originally telecast on May 6, 2001. 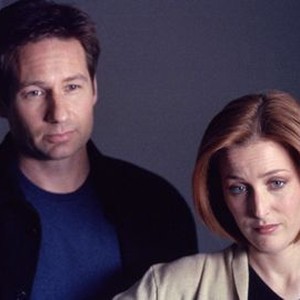