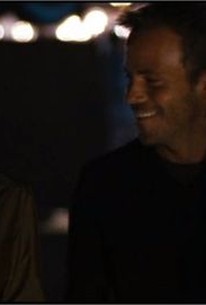 First-time feature filmmaker Mark Heller follows a fun-loving American and his jocular British pal on a trip to Morocco that soon gives way to paranoia, fear, and the frightening effects of the globalized economy. Adventuresome backpackers Luke (Stephen Dorff) and Adam (Neil Jackson) are living it up in Morocco, their days filled with good food and their nights punctuated by endless parties. The trip seems to be the perfect means for Luke to move past the recent death of his girlfriend, and before long he even connects with a beautiful local named Zahara (Sarai Givaty). Despite their undeniable attraction to one another, Luke and Zahara are careful to keep their distance in public in order to respect the local customs. Later, the three new friends decide to take a two-day trip to an ancient mud house in the scenic Atlas Mountains in order to get better acquainted and take in some sights that most tourists never see. When Luke learns that there are a series of underground tunnels that connect all of the huts in the region, his curiosity gets the best of him and he soon descends into the darkness to explore. But there's more to this story than Luke knows, and somewhere deep in these winding and pitch-black passageways awaits an evil the likes of which this naïve American has never imagined.

Critic Reviews for The Passage

Audience Reviews for The Passage

There are no featured audience reviews for The Passage at this time.