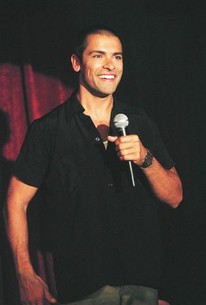 Full-figured Broadway actress Marissa Jaret Winokur, who won an Emmy award for her performance in the musical version of Hairspray, is felicitously (if somewhat incongruously) teamed with slender soap opera heartthrob Mark Consuelos in this uplifting made-for-cable comedy. Although she's not what one could call beautiful or svelte, Becca Wasserman (Winokur) possesses a beauty that emanates from within: she also happens to be great singer, with a great career as a teacher and a super-great fiancé named Adam (Consuelos). All Becca lacks is the money to afford her dream honeymoon to Hawaii. Partly to get even for being snubbed by the gorgeous Libby (Reagan Pasternak), and partly just to prove that she can do it, Becca enters the The Miss Squirrel Hill beauty pageant, the first prize of which is two free tickets to the Aloha State. But though everyone is pulling for Becca, the plain cold fact of the matter is that no "super-sized" woman has ever won the pageant--and even Becca's mom Amanda (Fran Drescher), hitherto her daughter's biggest booster, is certain that Becca is going to make a fool of herself. Beautiful Girl originally aired October 19, 2003 on the ABC Family channel.

There are no critic reviews yet for Beautiful Girl. Keep checking Rotten Tomatoes for updates!

There are no featured audience reviews for Beautiful Girl at this time.