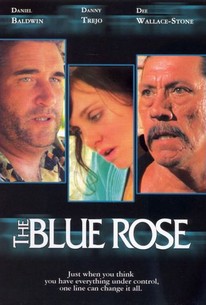 A successful real estate agent, casual drug user, and part-time dealer serves as the catalyst for a lonely single mother's demise in this harrowing tale of addiction starring Daniel Baldwin, Danny Trejo, and Dee Wallace-Stone. Vince Gallagher may be a success in business, but he has never maintained any kind of close emotional ties. These days, however, Vince has grown tired of living alone and is eager to find a good woman to settle down with. One night while out at the restaurant/bar, Vince's friends Katie and Shawn direct his attentions towards the lovely Andrea, who is dining nearby with her daughter and the young girl's sitter. While sitter Connie notices Vince and tries to set the pair up, Andrea is reluctant to befriend a man in a bar and Vince isn't sure he wants to take on an instant family. Later, when Andrea heads to the local real estate office to find a new home and bumps into Vince once again, the two lonely souls begin to grow increasingly close. After Vince and Shawn help Andrea move in, things quickly start to get serious between the newly formed couple. When Vince and Andrea spend a special night together and it's revealed that Vince is into methamphetamine, the frightened woman attempts to kick him out of her house in order to avoid exposing her family to the drug culture. But Vince isn't willing to let go of Andrea quite so easily, and soon convinces her to try the drug so that she may better understand it. Now, as an addiction takes hold and plunges both down a darkened street of despair, the frightening reality of their situation threatens to destroy everything they have worked to hard to build together.

Critic Reviews for The Blue Rose

Audience Reviews for The Blue Rose

There are no featured audience reviews for The Blue Rose at this time.