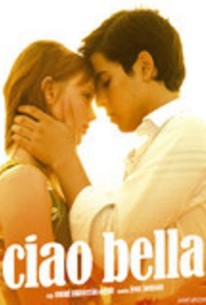 A teenager of Arabic descent finds himself passing for Italian and enjoying it in this comedy-drama from Sweden. Mustafa (Poyan Karimi) was born and raised in Sweden to parents who emigrated from Iran; his dark hair and swarthy complexion makes him stand out like a sore thumb at his high school, and he's accustomed to hearing racist remarks behind his back. Not long after Mustafa's girlfriend drops him for someone else, he travels to Gothenburg to take part in an international youth soccer tournament. Due to a mix-up, Mustafa finds he's been assigned to play with a team of Italian students, and soon discovers he fits right in wit his new teammates. Mustafa also discovers there are advantages to being Italian when he and his teammates meet a handful of local girls who are taken with the visiting athletes; Linnea (Chanelle Lindelle), a pretty sixteen-year-old, seems genuinely interested in him, and Mustafa's new friend Enrico (Oliver Ingrosso) gives him a crash course in impressing the opposite sex in the true Italian manner. Calling himself "Mossimo," Mustafa wins Linnea's heart and finds himself falling for her, but as their romance gets serious, he comes to the realization that he's going to have to tell her the truth about himself. Ciao Bella was the first feature film from writer and director Mani Masserat-Aghat, who like his main character is a Swede born to Iranian expatriate parents.

There are no critic reviews yet for Ciao Bella. Keep checking Rotten Tomatoes for updates!

There are no featured audience reviews for Ciao Bella at this time.