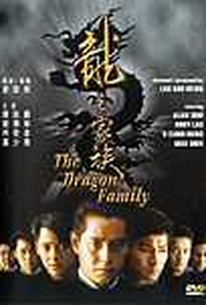 Prolific Hong Kong filmmaker Lau Kar-wing directed this gangster-themed crime-drama about the internecine struggles within a powerful triad family. Lung Ying (Ko Chun Hsiung) is the patriarch of the clan, and -- in a setup used in many such films since The Godfather -- is attempting to slowly move the family away from criminal enterprises and into legitimate business, although his sons and employees make it nearly impossible. Allan (Alan Tam) is a ruthless killer who later has to seek refuge in Taiwan. Kar-wai (Miu Kiu-wai) is the fiery tempered Sonny Corleone character, Hua (Andy Lau) is the calm, rational one, and Chung (Max Mok) is the dedicated student whose learning is unable to prepare him for what is to occur. Yip (Kenneth Tong) is the most dangerous to Lung Ying's plans, as he is a compulsive gambler whose addiction to the activity will lead the family to irreparable harm. Eventually, two thugs from another family, Ko (William Ho) and Keung (Norman Tsui), have Lung Ying killed and ambush the Lung family at his funeral. That's when Allan, Chung, and Hua get together to bring down Keung, who followed his deadly strike on the Lungs by murdering his own employer, Ho E (Ku Feng), and taking control of his organization. This leads to the inevitable bloody shootouts, reprisals, and dire consequences for many of those involved. The film is bolstered by a supporting cast familiar to any Hong Kong film buff, including Kent Cheng, Shing Fui-on, Phillip Ko, and Kara Hui.

Ken Tong
as Yip
View All

There are no critic reviews yet for Dragon Family (Long zhi jia zu). Keep checking Rotten Tomatoes for updates!

There are no featured audience reviews for Dragon Family (Long zhi jia zu) at this time.