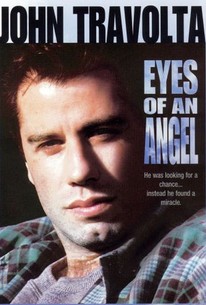 Eyes of an Angel

Both enemies and a very special friend follow a young girl and her father in flight from ruthless criminals in this drama. Bobby Allen (John Travolta) is a small-time crook working as a bagman for the mob in Chicago. When circumstances force Bobby to turn against his brother-in-law -- a high-ranking mobster -- he realizes Chicago is no longer a safe place for him or his young daughter, and soon they're on the run to California. A crew of mob enforcers are trailing after Bobby and his little girl before long, but there's someone else looking for them as well -- the girl took in a wounded Doberman who had been used for illegal dogfights and nursed him back to health, and when the dog is left behind, the loyal pooch sets out on a cross-country journey to find his best friend. Filmed in 1991, Eyes of an Angel was not released until 1994, when John Travolta's career enjoyed a resurgence after the success of Pulp Fiction and the film was made available on home video.

Ellie Raab
as The Girl

Tripoli
as The Dog

Vincent Guastaferro
as Goon No. 2

Mik One
as Bartender

Critic Reviews for Eyes of an Angel

Audience Reviews for Eyes of an Angel

Eyes of an Angel Quotes