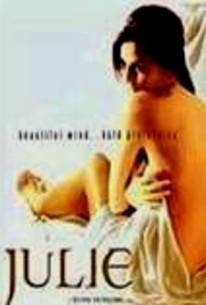 Defeating the longstanding tradition of kissing scene fade-outs and a resistance to explicit depiction of intimate activity in Bollywood cinema, Indian director Deepak Shivdasani's resonantly erotic drama Julie takes an unflinching look at the life of a contemporary Indian prostitute. In her second screen role, Neha Dhupia stars as the title character, a naïve and impressionable young woman in a satisfying relationship with an aspiring entrepreneur, Neel (Yash Tonk) - until he shirks her in favor of a trophy marriage with a wealthy businessman's daughter. Undaunted, Julie heads into the city and begins a new life of independence, snagging a job as a fashion designer and a relationship with a seemingly wonderful young man Rohan (Sanjay Kapoor). Alas, both of these opportunities collapse as well, and soon, an acquaintance sells Julie on the benefits of full-time work as a high-class call girl. She follows suit - reluctantly at first - but a complication arises when she falls in reciprocal love with a wealthy high-roller - and he has absolutely no idea of her occupation. With half-cracked obstinacy, Julie vows to stand up for her career by going on live, national television and speaking out in favor of the world's oldest profession. ~ Nathan Southern, Rovi

There are no critic reviews yet for Julie. Keep checking Rotten Tomatoes for updates!

There are no featured audience reviews for Julie at this time.