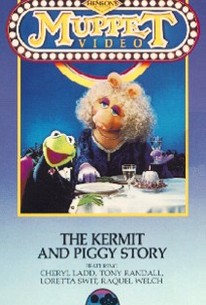 Two brothers who make their living through murder and theft find that their work gets harder when they tangle with an intelligent young woman in this dark thriller. Siblings John (Jake Muxworthy) and Michael (Gabriel Mann) were raised by their father (Tom Sizemore), a psychopath who drifted from town to town, killing people and taking their homes and belongings when he ran low on money. John and Michael traveled with their dad, and have grown up to follow in his footsteps, though while Michael enjoys his work and takes particular pleasure in raping and murdering women, John has less enthusiasm for violence and prefers to kill only when the circumstances demand it, without developing a close connection with his victims. John and Michael's ways take a disquieting turn when they abduct Archer (Kelli Garner), a clever and attractive young woman whom both men fall for. This situation begins to deeply trouble John, and his half-sister, Gertie (Lauren German), suggests that it's time he gave up his life of crime, though it soon becomes clear she has motives of her own.

There are no featured audience reviews for Piggy Banks (Born Killers) at this time.