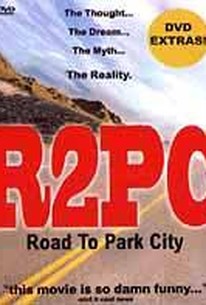 This comedy about film and filmmaking focuses on a debut director, John Viener, who is determined to make his first masterwork. Filmed as a mockumentary, ROAD TO PARK CITY precisely follows each of Viener's actions as he assembles a cast and prepares to shoot his movie with an ultimate goal of entering the film in the Sundance Film Festival. The result is both funny and instructive.Because ROAD TO PARK CITY utilizes such a variety of disparate film styles, it is hard to place within a specific genre of filmmaking. It is divided up into chapters, each chapter given its own filmic style. It pays homage to the 1960s French New Wave while, simultaneously, ridiculing it. It parodies the 1950s, instructive, science films that are shown in every American middle school, yet it is essentially an instructive film itself. It is experimental in its techniques and approach, yet it models itself on the more conventional indie feature. ROAD TO PARK CITY is truly indefinable; it is a rambunctious manifesto for the scrappy, independent filmmaker whose dreams are big, but budget is small.

There are no critic reviews yet for Road to Park City. Keep checking Rotten Tomatoes for updates!

There are no featured audience reviews for Road to Park City at this time.