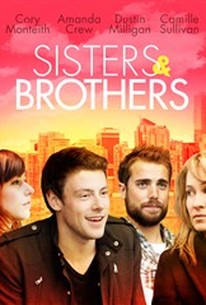 Four sets of siblings struggle to work out their differences in this episodic comedy-drama from writer and director Carl Bessai. Rory (Dustin Milligan) is an idealistic young man who was always the pride of his family, but while he was away in Africa doing charity work, his brother Justin (Cory Monteith) rose to stardom as an actor, and now that Justin is wealthy and famous, tension has grown between him and Rory. Sarah (Kacey Rohl) is a sullen teenager who doesn't get along with her mother (Gabrielle Rose), and matters get worse when Sarah is introduced to Sita (Leena Manro), a half-sister she never knew she had. Nikki (Amanda Crew) wants to be a movie star, and Henry (Tom Scholte) claims he has the connections that could get her an important role; however, he doesn't have a car, and tells her he's willing to make some introductions in exchange for a drive to Los Angeles. Nikki agrees, but Henry is miffed when her ill-tempered sister Maggie (Camille Sullivan) insists on tagging along. And while Louise (Gabrielle Miller) idolized her older brother when she was little, now that Jerry (Benjamin Ratner) has grown into a schizophrenic with severe mood swings, she no longer knows what to do with him or for him. Sisters and Brothers was an official selection at the 2011 Toronto Film Festival.

Tyler Labine
as Sean
View All