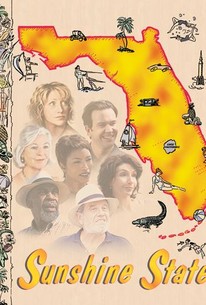 Wonderfully acted, but the story and pacing can use a little work.

Like Lone Star, Sunshine State is a John Sayles film in which a multitude of characters struggle with the past, both recent and ancient -- both family history and the traumatic past of the land itself. It's set on the fictional Plantation Island in Florida, the history of which is based upon Amelia Island, where the film was actually shot. Lincoln Beach, the once thriving black community on the island, is based on the region's American Beach. Sunshine State portrays a relentless onslaught of real estate developers in the area. Desiree Perry (Angela Bassett, who was also in Sayles' Passion Fish and City of Hope) has returned to Florida for the first time since being sent away as a pregnant teen. She nervously brings her husband, Reggie (James McDaniel of NYPD Blue), an anesthesiologist, to meet her estranged mother, Eunice (Mary Alice). Eunice has recently taken in a troubled teenaged relative, Terrell (newcomer Alexander Lewis). Eunice's friend, Dr. Lloyd (Bill Cobbs), is trying to rally the Lincoln Beach community to slow development. Marly Temple (Edie Falco of The Sopranos, here playing a Southerner) runs the motel owned by her ailing father (Ralph Waite of Waltons fame), but has little interest in the business, and the developers are pressuring her to get her father to sell. She's in the process of ending a relationship with the local golf pro (Marc Blucas from TV's Buffy the Vampire Slayer), when a rather mercenary landscape architect, Jack Meadows (Timothy Hutton), catches her eye. Meanwhile, Francine Pickney (Mary Steenburgen) is so busy organizing the town's cheesy Buccaneer Days festival that she doesn't realize that her husband, Earl (Gordan Clapp, also of NYPD Blue and a Sayles regular) is suicidal. As usual, Sayles wrote, directed, and edited the film, with Maggie Renzi producing.

Amanda Wing
as Krissy
View All