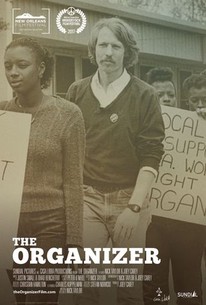 THE ORGANIZER is a portrait of Wade Rathke, the controversial founder of ACORN, as well as an exploration of that much maligned and misunderstood occupation -- community organizing. Before its infamous demise following several highly publicized scandals, ACORN had been the largest community organization in the U.S. Rathke, a former anti-war and welfare rights organizer founded the organization in Little Rock in 1970 and over the next decades shepherded its growth into a national political powerhouse for the poor. His entrepreneurial vision helped build ACORN but internal conflict and external pressures would lead to its tragic downfall. Undeterred, Rathke is now building new organizations around the world and trying to rebuild at home. Shot across four continents and with a wealth of archives and interviews with ACORN organizers and community leaders, along with renowned political figures like Noam Chomsky and Marshall Ganz, THE ORGANIZER shows us how, under the right leadership, a few driven and passionate individuals can create powerful and sustaining organizations that can transform lives and communities and inspire broad political movements.

Critic Reviews for The Organizer

Audience Reviews for The Organizer

There are no featured audience reviews for The Organizer at this time.