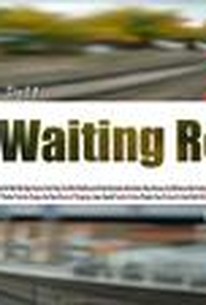 Two strangers find their chance meeting in a South London train station suddenly bringing together two entirely separate groups of friends, colleagues, lovers, and acquaintances in director Roger Goldby's tale of intersecting lives. Anna (Anne-Marie Duff) and Stephen (Rolf Little) were sitting in a deserted train platform when kindly senior citizen Roger (Frank Finlay) engaged them in conversation while eagerly awaiting the arrival of his beloved wife. As they listen to Roger fondly reminiscing about all of the things that he and his wife did when they were younger, Anna and Stephen realize that they have made a real connection and, if only for a moment, allow their individual lives to slip out of focus. Having recently separated from Toby (Adrian Bower), single mother Anna is now faced with the task of bringing up her young daughter Charlie all by herself. Anna's neighbors are married young parents Jem (Zoe Telford) and George (Rupert Graves). While Jem and Anna are close friends who share all of their secrets, the one thing that Anna hasn't let out is the fact that she has entered into a troublesome affair with George. Stephen, on the other hand, has recently moved in with Fiona (Christine Bottomly), who is so eager to start a family that even her parents are pressuring she and Stephen to get pregnant. But the more intense the pressure gets, the less certain Stephen becomes that he is prepared for such a commitment. It seems like the only peace Stephen can find these days is in his work at a local old folk's home and his friendship with understanding resident Helen (Phyllida Law). Later, after Stephen and Anna go their separate ways, their lives both move into a pivotal period as they find themselves wondering just what would happen should they ever meet again. ~ Jason Buchanan, Rovi

Critic Reviews for The Waiting Room

Audience Reviews for The Waiting Room