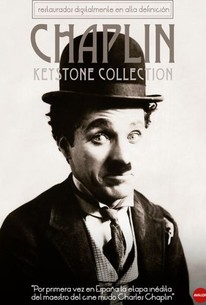 This Keystone comedy, Charlie Chaplin's 33rd, is the first feature-length comedy ever made and contributed to making Chaplin and his co-star Marie Dressler major stars. Chaplin plays a con artist (not the Tramp) who talks Tillie, an innocent country lass, into taking her father's savings and running off to the city with him. Once there, he re-establishes his affair with the beautiful Mabel Normand, abandoning Tillie, who must begin working at a restaurant, while Charlie and Mabel spend her father's money for new clothes. Meanwhile, Tillie's millionaire uncle is reported to have died in a mountain-climbing accident. When the opportunistic Charlie learns that Tillie has just inherited three million dollars, he immediately rushes over to propose. She joyfully accepts, but is suspicious when she learns of her inheritance. Later, at a wedding gala at Tillie's new mansion where Normand has begun working as a maid, Charlie sneaks off for a little tete-a-tete with the latter. Trouble erupts when Dressler catches them smooching. Suddenly all the slapstick craziness for which director Mack Sennett is famous erupts as Tillie grabs a pistol and begins chasing Charlie and Mabel, firing randomly. Just as the wayward Charlie is to be strangled to death, the "late" uncle suddenly appears and ejects all the celebrants. Charlie and Mabel, chased by Tillie, race out of the ruined mansion to a pier where they are followed by the ubiquitous Keystone Kops whom the uncle has summoned. Tillie ends up in the drink, and when rescued after numerous attempts, she rejects Charlie while consoling Mabel, saying, "He ain't no good to neither of us," as the Kops drag Charlie away.

Alice Howell
as A Guest

Milton Berle
as A small child