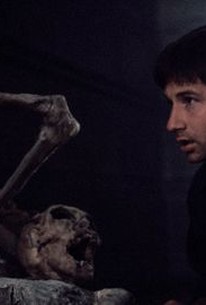 Season two of The X-Files came to a pulse-pounding conclusion with the cliffhanger episode "Anasazi." Courtesy of a computer hacker known as The Thinker (Bernie Coulson), Mulder comes into possession of an encrypted diskette which turns out to contain evidence of a wide-ranging official cover-up of UFO landings. On a more personal note, the evidence on the diskette leads to an uncomfortable reunion between Mulder and his father (Peter Donat). Without spoiling the ending, it can be noted that at least one major character vanishes without a trace -- and this coincides with yet another sinister appearance by the Cigarette Smoking Man (William B. Davis). Written by X-Files creator Chris Carter and series co-star David Duchovny, "Anasazi" originally aired May 19, 1995.

William B. Davis
as Cigarette-Smoking Man 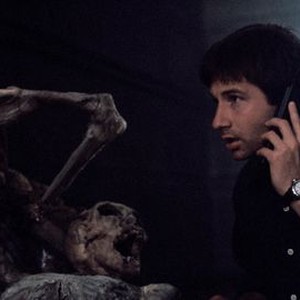