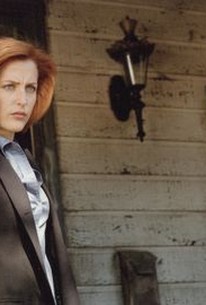 New special agent Doggett (Robert Patrick) tackles his first official X-Files assignment, involving a strange creature, neither man nor beast, which is implicated in a series of horrible murders. Scully (Gillian Anderson) continues to grouse that her unimaginative new partner refuses to swallow any explanation that doesn't make immediate sense to him. Still, Doggett recognizes the similarities between his present case and an earlier incident in 1956 involving a giant, voracious batlike creature. "Patience" originally aired on November 19, 2000. 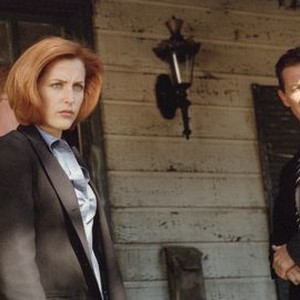