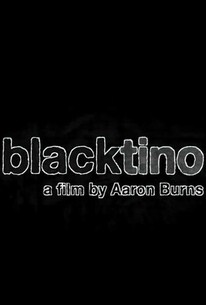 A teenage misfit throws in his lot with kids even less cool than himself in this independent comedy. Stefan Daily (Austin Marshall) is an overweight and nerdy aspiring writer who comes from a fractured household. His Latino father (Conrad Gonzales) abandoned the family when Stefan was a baby to move to Hollywood and work in the film business, while his African-American mother (Timeca Serretti) has been battling drug addiction most of her adult life, so Stefan was raised by his feisty maternal grandmother (Selma Pinkard). As a geeky mixed-race kid in a class conscious high school, Stefan constantly feels out of place, and his friendship with sharp-tongued Laura (Devyn Ray) tends to complicate his infatuation with the sexy but cold-hearted Stacy (Denise Williamson). Hoping to find a place at school where he belongs, Stefan becomes active in the theater department, which turns out to be a melting pot of racial backgrounds and sexual preferences. Stefan has the opportunity to finally see one of his plays produced on his high school's stage, but between the variable talent and egos of the drama club and the narrow minded students who dominate the school, it's anyone's guess if Stefan's show will ever see the light of day. The first feature film from writer and director Aaron Burns, Blacktino received its world premiere at the 2011 South by Southwest Film Festival.

There are no critic reviews yet for Blacktino. Keep checking Rotten Tomatoes for updates!

There are no featured audience reviews for Blacktino at this time.