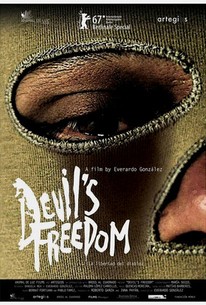 It is a project of psychological documentary that approaches some of the ways in which the phenomenon of Mexican violence has been inserted in our unconscious. One of them is fear. From a violent body we enter the tetric world of violent death at the hands of another human being, through the testimonies of those who have participated in it, both victims and perpetrators. Their experiences draw some of the causes that provoke violence, and we enter the national unconscious, not only starting with the violet fact, but above all what this has caused in the minds of its protagonists. Stories of childhood, the appearance of the first night fears, the plot of social development to reach the nightmares that many bodies have left in those who somehow coexist with those absences, or those who have caused them. Relatives of missing people, a hit man or a former military man who tortured are some of the characters interviewed. This project does not make an apology for the bloodthirsty or the violent, on the contrary, it tries to approach the human being from his thought, from his reflection and his fears. In this way, the empathy that the film generates in the spectator is greater, since it will be a portrait of how the violence was inserted in the unconscious and how also the fears and the uncertainty were inserted in the Mexican society, and that applies for forms of violence in any part of the world. From concrete histories a fabric is formed with universal echoes, appealing to the darker features of the human mind.

There are no featured audience reviews for Devil's Freedom (La Libertad del Diablo) at this time.