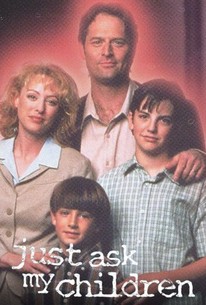 A couple's worst nightmare becomes a reality as they find themselves behind bars with their children are taken away from them in this made-for-TV drama, inspired by a true story. Brenda and Scott Kniffen (Viginia Madsen and Jeffrey Nordling) are asked by friends to testify as character witnesses at a child custody hearing. After The Kniffens take the stand, a relation of their friends, who was upset by the testimony, tells authorities that Brenda and Scott are guilty of beating their young sons, molesting them sexually, and taking pornographic photographs of them. While there is no truth to the accusations, a prosecutor determined to prove he's tough on child abuse takes on the case, and his staff badgers Brandon Kniffen (Cory Dorkin) and his brother Brian (Ryan Wilson) into giving damaging statements and testifying against their parents in court. Brenda and Scott spend the next twelve years behind bars, fighting their case as best they can as they try to prove their innocence and become reunited with their children.

There are no critic reviews yet for Just Ask My Children. Keep checking Rotten Tomatoes for updates!