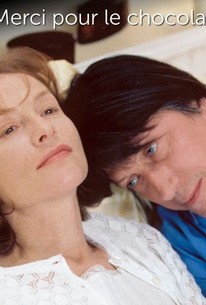 Claude Chabrol directed this well-crafted thriller, which recalls the style and themes of his best-known work of the 1960s. Marie-Claire "Mika" Muller (Isabelle Huppert), who has inherited control of a large and successful Swiss chocolate company, remarries well-known musician André Polonski (Jacques Dutronc), to whom she was briefly wed 18 years ago. After their divorce, André married a woman named Lisabeth and they had a son, Guillaume (Rodolphe Pauly), whom André was left to raise alone after Lisabeth's death in an auto accident. One of André's favorite stories is how Guillaume was almost exchanged for another baby at the hospital shortly after he was born; one day André receives a visit from a young woman named Jeanne (Anna Mouglalis), who claims to be the other child. Jeanne and André soon find they have a remarkable amount in common, and that Jeanne bears a striking resemblance to the late Lisabeth. Jeanne is beginning to wonder if there's something no one has ever told her when Mika gives her a thermos of special hot chocolate as a nightcap, which she then spills all over Jeanne. Jeanne's boyfriend, Axel (Mathieu Simonet), facetiously suggests that the cocoa might be poisoned, and out of curiosity, he tests it, finding that it has indeed been laced with a sedative notorious for its use in cases of date rape. Merci Pour le Chocolat is based on a novel by American crime novelist Charlotte Armstrong.

Mathieu Simonet
as Axel
View All