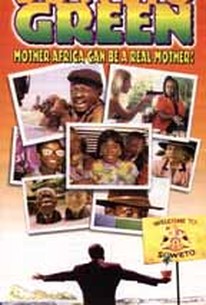 With genuine laughter and sympathy for those on all sides this entertaining comedy takes a sharp satirical poke at modern society in post-apartheid South Africa by telling the story of an idealistic young African-American couple from LA who come to make a better life in Johannesburg following the election of Nelson Mandela. Curtis, the husband, is a native of Soweto, a nearby shanty town, and dreams of beautifying his former home by planting many trees. Pragmatic wife Cora has difficulty reconciling herself to the primitive conditions of shanty town life. Both are lost in their idealized visions of what Mandela-controlled South Africa will be like. Unfortunately, their illusions are immediately shattered soon after stepping of the plain and meeting Curtis' street-savvy nephew Looksmart when black gangsters show up and steal everything they have. Meanwhile, in a different plotline, Adrian, a white student agonizes over the ways in which he will inform his conservative parents that he is engaged to Thandeka, a black woman. ~ Sandra Brennan, Rovi

There are no critic reviews yet for Soweto Green. Keep checking Rotten Tomatoes for updates!

There are no featured audience reviews for Soweto Green at this time.