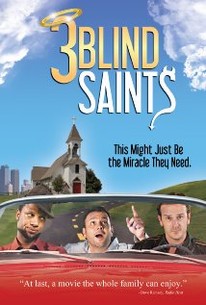 Three childhood friends, Sam (Richard Speight, Jr., TV's Supernatural, Justified, Band of Brothers), Jamal (Elijah Rock), and Frankie (Stelio Savante) have schemed since they were kids to make it big. While cruising in Sam's beat up "classic" convertible on a road trip they find themselves in the small town of Rocky Road. Rocky Road is run by Rusty Pickens (Barry Corbin, No Country For Old Men) who has pretty much everybody in his back pocket, and after finding themselves in a spot of trouble with the local police, Sam and friends dig themselves deeper and deeper into trouble. After claiming to have been 'saved' while in jail, the troublesome trio lands in the hands of the corrupt Rusty who puts them to work as new ministers in the church and it's up to them to convince Rusty and the residents of Rocky Road that they are indeed the real deal! Soon though, it becomes clear to the newly appointed 'ministers' that Rusty doesn't have the good people's interests at heart and is using Sam and his pals to do his dirty work. It's up to the guys to rise to the occasion and to prove to themselves (and maybe the big guy upstairs too) that they have what it takes to do the right thing in this hilarious fish-out-of-water tale!

There are no critic reviews yet for 3 Blind Saints. Keep checking Rotten Tomatoes for updates!

There are no featured audience reviews for 3 Blind Saints at this time.