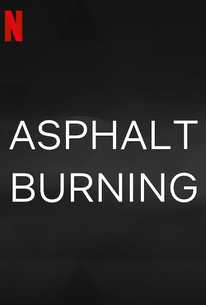 The asphalt is burning, the tires are turning - at a breakneck pace and in tuned cars it goes from the Trollstigen mountain road in Norway via Sweden and Denmark to the Nürburgring in Germany - where Roy (Anders Baasmo Christiansen) has to win a race or lose his fiancee Sylvia (Jenny Skavlan). A bet that the crazy car enthusiast made on the wedding night after one too many drinks with Roy's challenger Robin (Alexandra Maria Lara) who likes the beautiful bride. On the ludicrous and turbulent road trip, Roy not only meets tough adversaries (Henning Baum, The BossHoss) and hot chicks (Ruby O. Fee), but soon also the police (Milan Peschel, Peter Kurth) are after him. But that's not all: Roy has to deal with two namesakes (Kostja Ullmann), the import hit Wencke Myhre and a dead corpse in the trunk and then on top of it all suddenly his car is gone. But giving up is not an option for Roy because: "The race isn't over until it's over."

There are no featured audience reviews for Asphalt Burning (Børning 3) at this time.