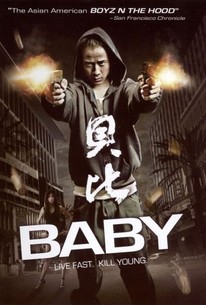 An East Los Angeles adolescent cements his entry into a life of crime by falling in with the gangsters next door and committing an act of violence that may well define his entire life in director/co-writer (along with Felix Chan) Juwan Chung's unforgiving look at the violent world of inner city Asian American gangs. Eleven year old Baby (David Huynh) has lost his mother, and now he loves alone with his dysfunctional father - a struggling alcoholic. Invited to run with the bad boys next door, Baby falls into a new kind of family when an outburst of violence changes his life forever. One evening, a skirmish breaks out amongst the gangsters, and their "Big Brother" is shot dead by a rival gang member. When Baby pulls the trigger on the gunman, the shooting earns him an extended stay in juvenile hall. Released back onto the streets seven years later, Baby discovers that though the faces have changed, the struggle remains the same. But despite the best efforts of his father, his best friend, and his childhood sweetheart in steering Baby off the violent path of self-destruction, in the end, it is only he can prevent himself from becoming just another statistic.