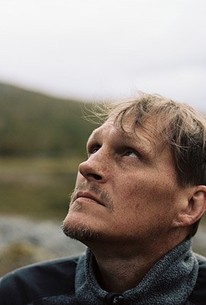 Austrian civil engineer Michael lives with his girlfriend in Berlin. For years, he has barely had any contact with his 14-year-old son Luis. When Michael's father dies the two nonetheless travel together to the funeral which is held in the remote north of Norway. At the deceased's secluded home Michael begins to pack up his late father's personal items - watched in silence by his son. Two people who barely know each other are suddenly caught in an intimate situation. After the funeral, Michael surprises Luis by suggesting that they spend a few days together exploring the region. A road movie begins that is also a journey into their non-existent shared past. Being together turns out to be more difficult than expected. Never having spent any time with each other on a daily basis, they have trouble handling their relationship. Whilst Michael glosses over this situation, Luis can't hide how hurt he is. His father's long years of absence stand between them like a wall. When they are in the car together it feels like the calm before a storm. During the long days of the summer solstice, days when the sun never sets, Michael tries to break the repetitive cycle and find a joint way forward.

There are no featured audience reviews for Bright Nights (Helle nächte) at this time.