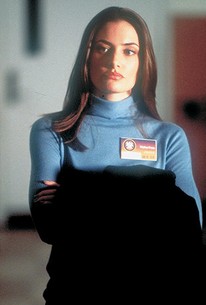 An unfaithful wife who wants out of her marriage is soon caught deep in betrayal and murder in this modern-day film noir. Sheryl Jones (Kate Walker) is a woman on the verge of an emotional collapse. Her career as an actress is going nowhere, she's unhappy in her marriage to Guy (Peter Maxtone-Graham), and she's begun having an affair with her psychiatrist, Alistair Clements (Kirk Westwood). Guy is quite wealthy, and Sheryl knows if she leaves him on her own, he won't be inclined to give her much of anything, so Alistair convinces her to arrange for Guy to catch her with another man, so he'll divorce her instead. Guy does walk in on Sheryl and her new lover, but instead of leaving her, he subjects her to a variety of mental tortures, making her even more desperate to get away. Sheryl and Alistair plot to murder Guy, but their plan soon goes awry. Hangman was the first feature film from director Ben Coltrane.

Cory Brusseau
as Paramedic No. 1

Scott Malin
as Paramedic No. 2

June Fujimoto
as Sue
View All