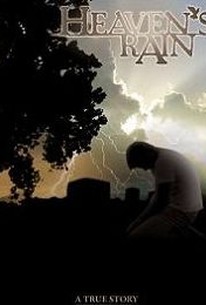 HEAVEN'S RAIN presents the extraordinary true story of the Richard and Marilyn Douglass Family. Richard was a renowned Baptist Minister and Marilyn was an accomplished singer and loving mother. Their two children, Brooks (16) and Leslie (12) were just beginning a bright and promising future when two drifters randomly choose the Douglass home as the scene of a brutal and senseless crime. Brooks and Leslie survived. Their parents didn't. Heaven's Rain invites the audience into the beautiful and meaningful memories of Richard and Marilyn Douglass, told through the eyes of their son Brooks. The audience witnesses true joy, love and laughter as Brooks flashes back to vivid memories of his parents sharing their lives together. Brooks, who has recently been elected to the Oklahoma State Senate, must overcome a host of obstacles including a failing marriage, financial difficulties and his own anger and rage. His life begins to take a dark turn as he quietly attempts to confront the shooter again and take revenge into his own hands. The story is co-written by Brooks Douglass to honor his parents' lives and legacy. -- (C) Official Site

There are no featured audience reviews for Heaven's Rain at this time.